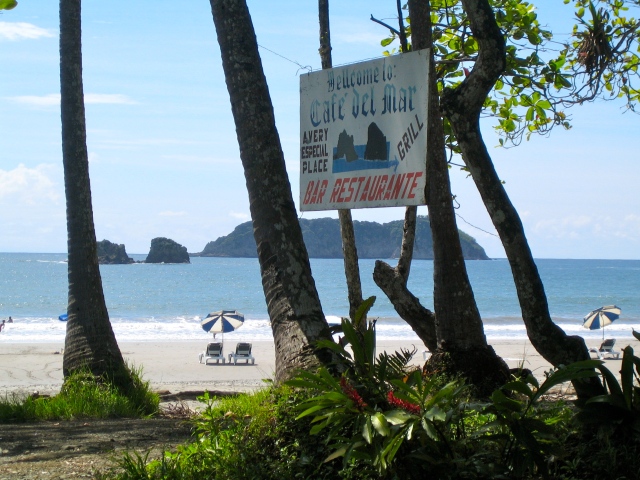 Our Costa Rica tour ends in Manual Antonio, home to one of the most beautiful beaches I’ve ever seen in my entire life. Towering rocks jut out of the ocean in the distance, obsidian against the cerulean sky. The Pacific beckons with lazy fingers, while I battle between swimming or lying under the thick palms from the jungle that backs straight up to the water. Are those monkeys playing above my head? Sure are. 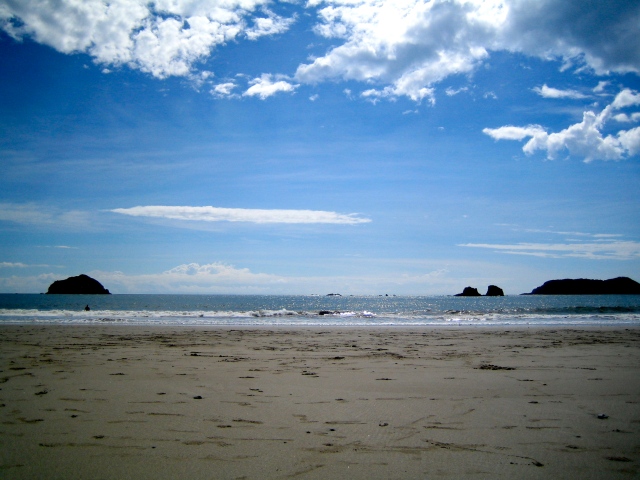 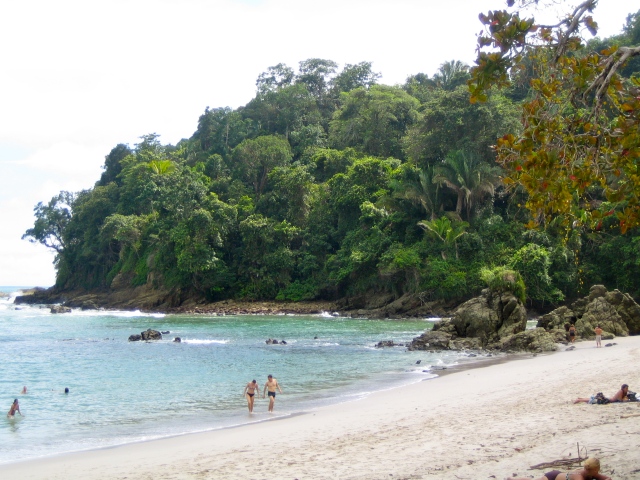 I mean, their faces. Really? 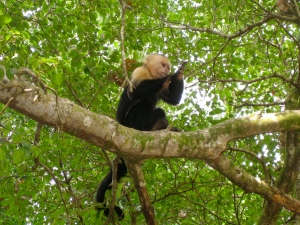 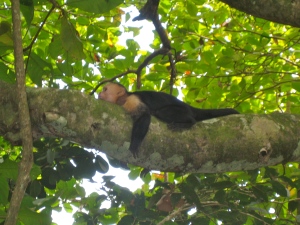 I would love to tell you that we didn’t drink Rock Ice con Limon while we were there. But that would be a lie. God it’s awful. My tongue was not nearly refined at 24 as it is now 🙂 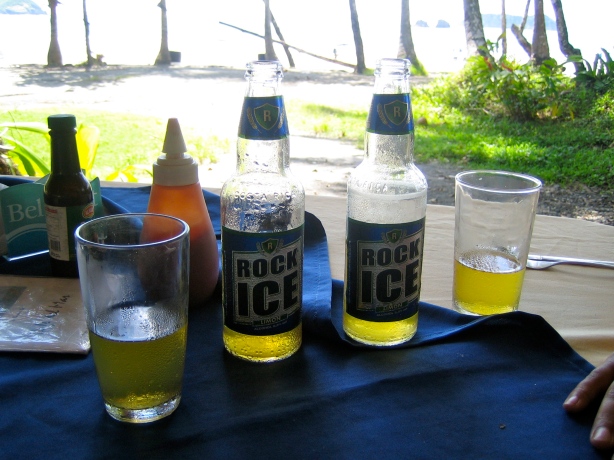 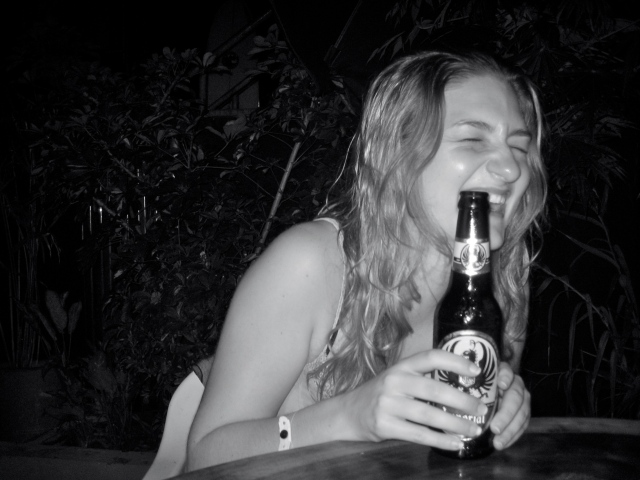 It was the end of our trip, so we spent the majority of it on the beach and dining out at night. Costa Rica, and especially Manual Antonio, is expensive y’all. Like, America expensive.

We spent one day wandering around the national park with a guide. The guides are good for pointing out all the wild life that a city girl like me would usually miss.

I had the strangest sensation while on the bus back to San Jose to catch our flight. It was like a million tiny hands were reaching out of the land and trying to make me stay. In a much less creepy sense, it was then that I knew that I wasn’t supposed to leave. I did anyway. And paid for it…