The Maha Kumbh Mela 2013 was the part of the trip I was most looking forward to. It’s the largest religious festival on earth. Over the course of 55 days, around 100 million people show up to bathe in the Ganges.

That right there should have indicated how I would actually feel about this experience.

In a nutshell: I effing hated it. Now not all of my travel companions feel this way, so don’t take my account as the general opinion on the matter. But this blog IS called world according to ERIN, so, there ya go.

The whole point behind this Hindu shindig is to bathe in Mother Ganga. This year, the gathering took place in Allahabad (don’t ever go) at the confluence of the rivers Ganges, Yamuna, and the mystical Saraswati. Yeah. Mystical. I love how they just “created” an imaginary river to complete the holy trinity. I’m not being sarcastic! I really do love that attitude. “Only two rivers here, but we need three. Let’s INVENT one, man.” And then they all high fived each other for being so clever.

So at this very holy place, the Hindus bathe and purge themselves of present and past sins, therefore ending the cycle of reincarnation. They get to stay permanently with God. Deal. I’ll do it too. Just for ceremony’s sake.

Bobby tells me the fecal matter to water ratio during the festival. Something like 60,000 to 1. Pass. I’ll keep my sins.

It takes 6 hours on the train from Delhi to Allahabad.

just a tiny corner of the station

When we arrive it’s just…confusing. Chaotic. There were people sleeping everywhere. Why? What’s going on? And of course they are all staring at us like we’re aliens. We hop in the cars waiting for us and begin the long drive to our camp. 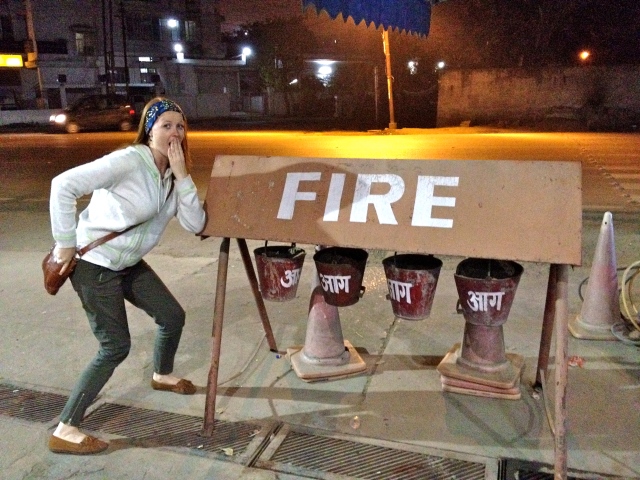 “in case of”….use these buckets

We get to camp and it’s around 2AM. Chanting. I hear chanting. We drop our stuff off in our tents (which really were nice! 4 real beds in each, and a Western toilet) and make the way down to the river (to pray) by moonlight.

don’t be fooled by this inviting facade 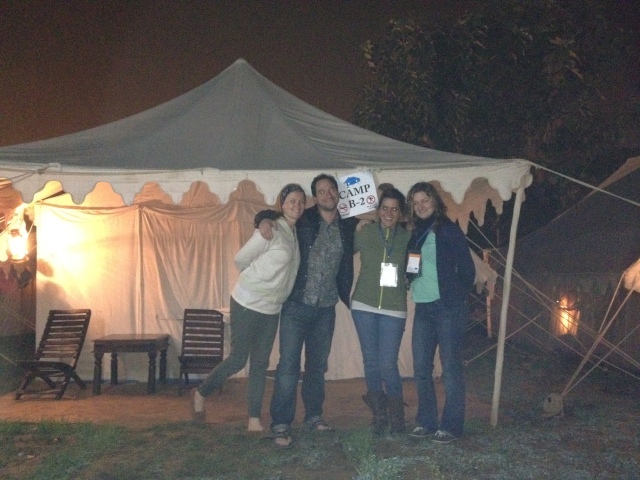 We see some stuff: 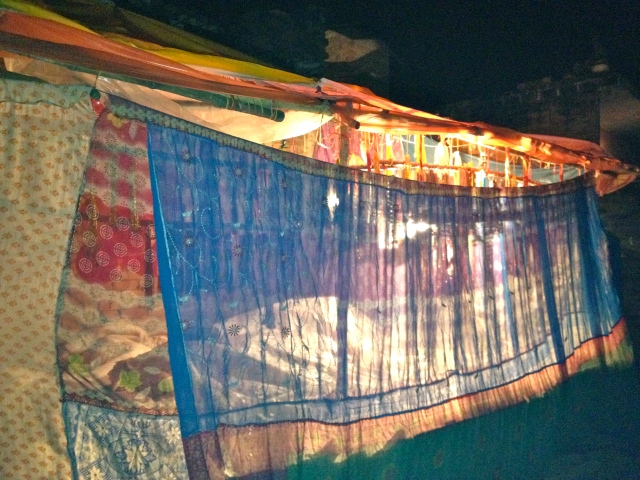 at least the colors are pretty

There are pilgrims sleeping everywhere on the ground, all lined up right next to each other for warmth. Down at the banks, there is a hushed calm that seems to keep the moment sacred. The river is smooth and quiet – like she’s thinking. We can see the lights of the temporary city on the other side of the bank, but still can’t figure out where the phantom chanting is coming from. 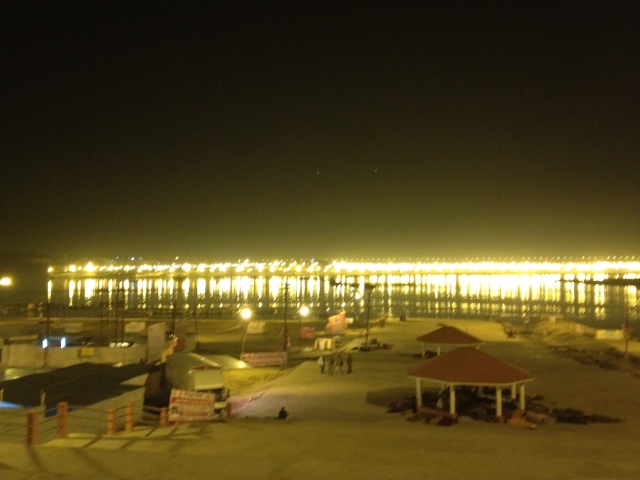 pilgrims sleeping under those gazebos

let me just wash up in this fecal water

After another hour we call it a night and make our way back to the tents. I had just stood on the banks of the holiest body of water in the Hindu religion.  I’m in freaking India!! So surreal.

I’m excited to see what the next day will bring.

What a fool I was.

Leave a Reply to Rachel of Hippie in Heels Cancel reply