Vieques to San Juan to Houston

Our last morning in Vieques, we wake up at 5AM to catch the 6:30AM ferry back to Fajardo. This was my [brilliant] plan. I made these plans thinking that we should get back into San Juan as early as possible so as to not waste the day. We were feeling particularly ambitious and wanted to hit up El Yunque and El Morro. We get into San Juan and check in at the hotel to miss the El Yunque tour by literally 8 minutes. Literally. And the next tour wasn’t leaving until Thursday. Today is Tuesday, and we fly out tomorrow. Plan fail.

Here’s my gripe with San Juan: public transportation is minimal and leaves something to be desired. And after Central and South America, I come with pretty high expectations for Latin America. There were absolutely no local buses that go to the rainforest, and to take a cab would have been $80 one way. We inquired at several places and even considered renting a car for 12 hours just to drive out there, but it all ended up becoming too much of a hassle.

So we make our way to Old San Juan to wander around El Morro and El Castillo de San Cristobal. 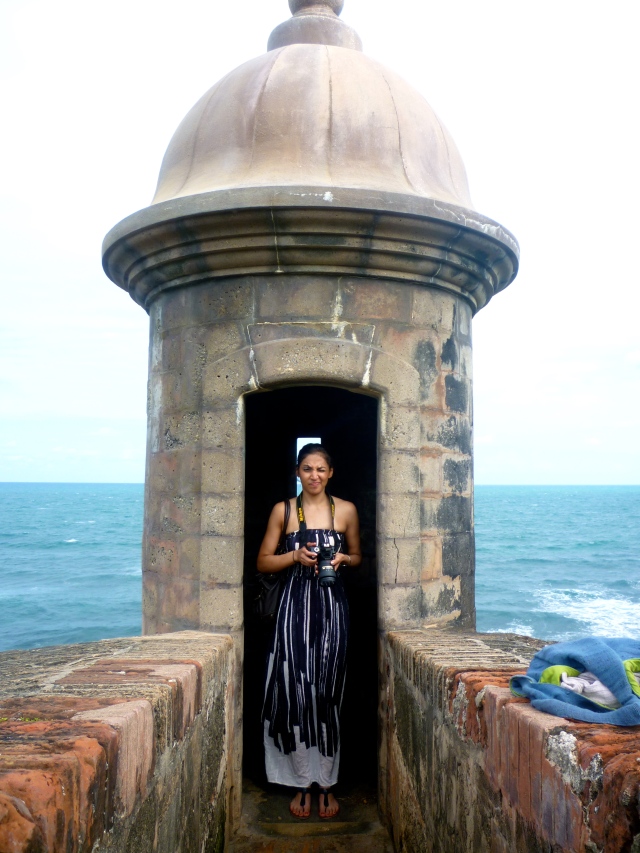 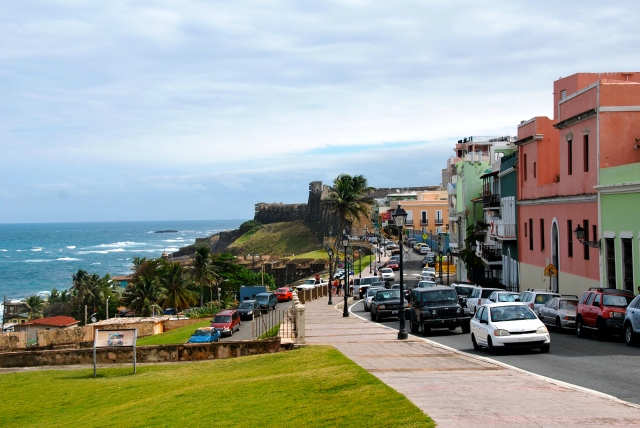 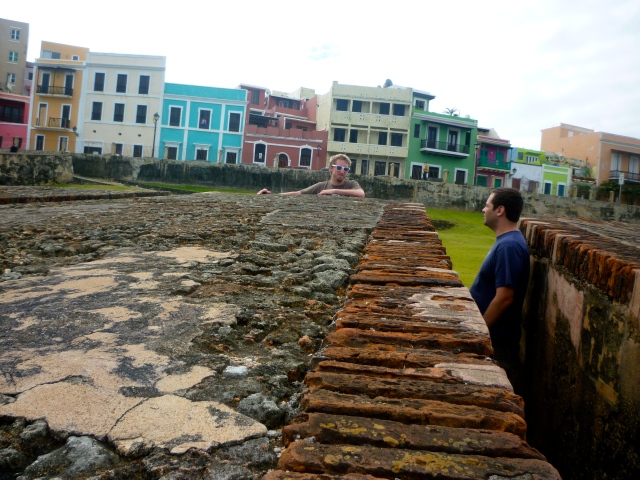 Here’s a small tip: don’t take for granted the fact that tours run every day. A simple inquiry or, I don’t know, an actual plan (which is not my strong suit) would have come in quite handy at this time.

So we entertained ourselves with clever shots instead. 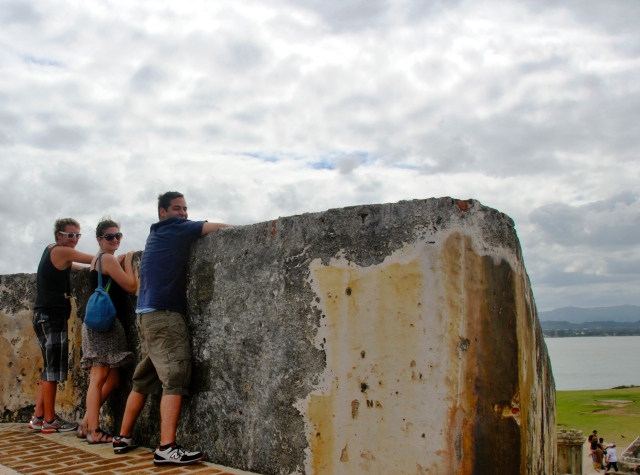 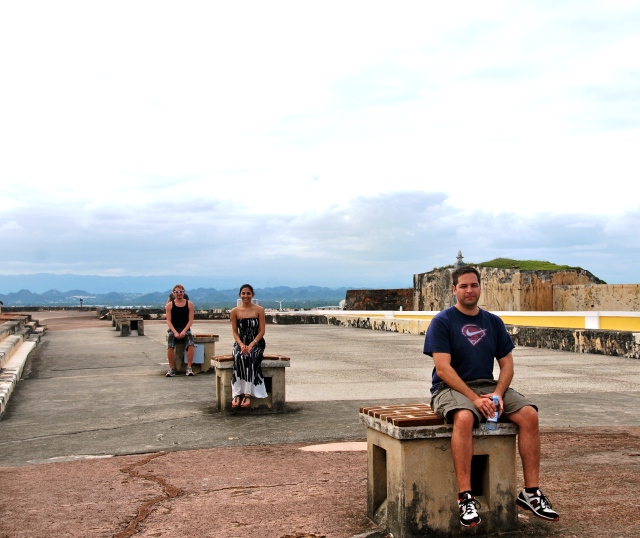 We strolled through the streets southwest of El Morro that are paved with cobblestones and massive over hanging trees. It felt so European and cozy. Except with brighter colors. And there were cats. Lots of cats that wander the streets. Too many cats. It was eerie. Why were there so many? Where did they come from? Who fed them? Why is their presence in multitude acceptable? These were questions we muttered out loud as we grimaced and jumped out of the way of the dozens that lounged on the sidewalks or hopped up next to us on a bench. We quickly left Cat Alley when Mr. Mistoffeles made an appearance. We don’t want any part of his black magic. 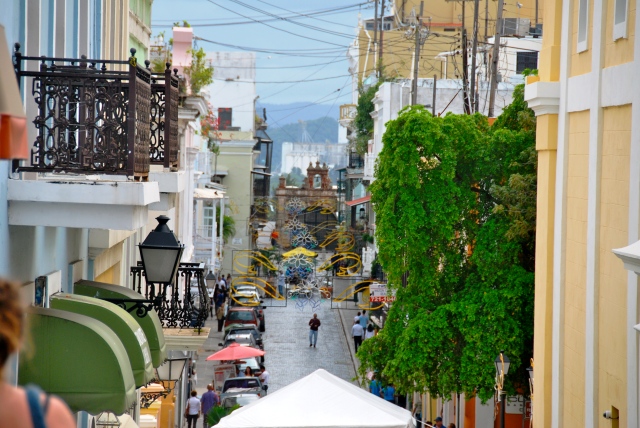 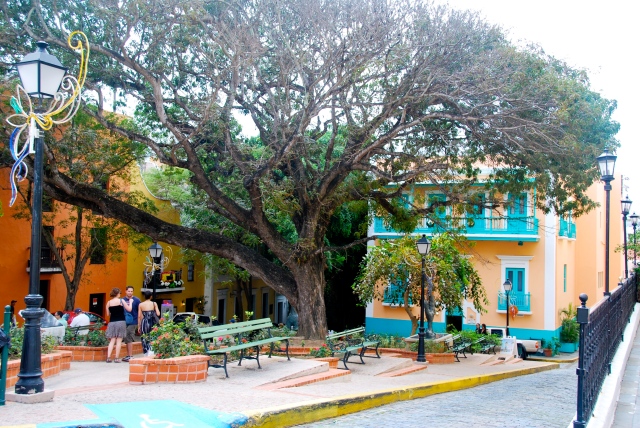 Tina was this cold the entire time

We celebrated back at our fave place in Plaza de Colon – Toro Salao – with a bottle of Cava and our first champagne toast on the trip to the new year. Let’s face it – Vieques doesn’t bother with champers; it was rum all the way on that tiny, wonderful island. The night was low key – we were exhausted, sunburned, and dehydrated. Or maybe the old gray mare just ain’t what she used to be.

In other news, I got all caught up on Dexter on the plane from San Juan to Houston. Fingernails = gone. And now I feel a little empty. Why Lumen – why did you have to leave?!?!?! I think I’m bordering on obsessive. Am I alone? I think not. 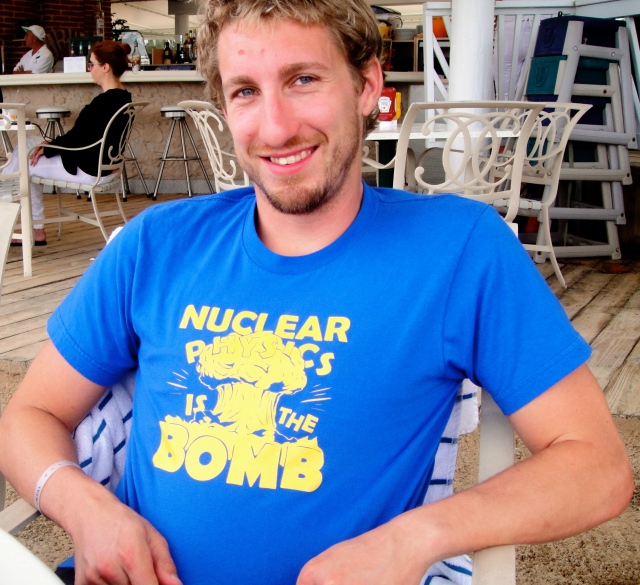 You didn’t think I’d end a post without a snorg tee did ya?